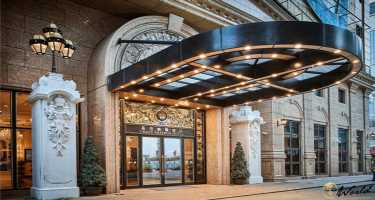 However, SJM has shown an indirect interest in the Emperor Entertainment Hotel as well!

Under the terms of the agreement, Tin Hou will “provide services to SJM in relation to the casino to be operated under SJM’s gaming concession.”

The Grand Emperor Hotel will relaunch its operations as a satellite casino and will be 71.63% legally owned by Emperor International Holdings Ltd, the parent company of Emperor Entertainment Hotel.

Tin Hou will bear responsibility for “all operating costs end expanses including: management, decoration and renovation of the gaming areas at the venue; providing gaming equipment in compliance with SJM Resorts’ standards; and staff salaries and expenses for the gaming floor.”

Also, Tin Hou will be granted a percentage share of the gross gaming revenue (GGR) “in respect of the monthly operating performance of the Gaming Area’, “ divided on a monthly basis and the yearly limit can be adjusted up to 36 months of the agreement.

However, these digits were obtained based on past gaming performance at the Grand Emperor Hotel including “the total number of tables and slot machines in the area and the anticipated rebound in gross gaming revenue of Macau due to the gradual easing of COVID-19-related restrictions.”

The contract can be terminated very early, by either company giving 21 days’ notice.

Commenting on the new deal, the management of Emperor Entertainment Hotel said: “It was in our best interest to strike the deal, so we could fully utillize its assets and space in Grand Emperor Hotel.

“The reopening of Macau’s border and the lifting of quarantine requirement upon arrival will drive an increase in visitation to Macau, which is a catalyst to Macau’s gaming industry.”

Decision not to renew the service contract:

As the Covid-19 pandemic began in early 2020, the Emperor Entertainment Hotel group “has faced the most difficult time since its commencement of gaming business and incurred a loss for the first time in six months ended 30 September 2020.”

Because of this and the end of China’s “zero Covid” policy on travel to and from Macau, Emperor has made the decision “to not renew its service agreement with SJM upon its expiration on 26 June 2022 and instead to receive a relatively steady monthly income from SJM Resorts for the provision of hotel rooms, catering and other ancillary services from the period from 27 June 2022 to 31 December 2022,” throughout the period in which gaming operations at Grand Emperor Hotel were taken over by SJM Resorts.