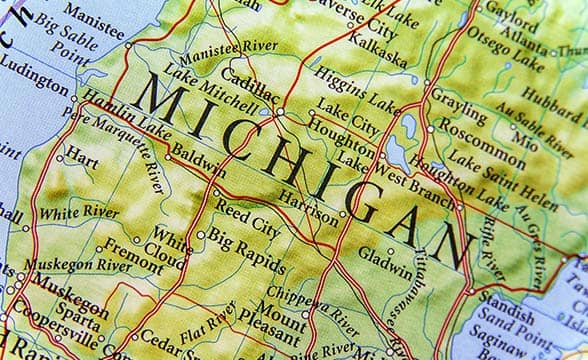 Three people in Michigan have been found guilty of orchestrating an illegal gambling scheme. After admitting to their wrongdoings, the individuals were sentenced to a few days in prison and forced to pay fines.

The three people in question were guilty of running a small illegal gambling venue in Michigan, which was eventually investigated by the Department of Attorney General and the Michigan Gaming Control Board. The venue in question was the Fortune Internet Café, which was promptly closed after the illegal operation came to light. Charges were filed on June 8.

Shelly Ann Leinenger, Stacey Lynn Houstina and Shannon Leigh Molina used the internet café to offer unlicensed gambling. Eventually, however, the authorities cracked down on the improvised casino where they found $3,022 in cash and gift cards, 32 slot-style gaming computers and 2 unlicensed slot machines. All of the findings were handed to the state.

Two of the culprits, namely Shelly Ann Leinenger and Stacey Lynn Houstina are residents of Oakland County, with the third one, Shannon Leigh Molina, being a resident of Jackson County. All three people who ran the scheme pled guilty to having operated unlicensed gambling.

The Wrongdoers Received their Sentences

In addition, the three wrongdoers will be asked to cover the court costs and will have to pay an additional $258 each.

The MGCB Reminded People about the Dangers of Illegal Gambling

Henry Williams, executive director of the Michigan Gaming Control Board emphasized that unregulated gambling is dangerous to the public as it offers no safeguards, oftentimes targets vulnerable senior citizens from low-income areas and can spark waves of crime. Williams vowed to work hard to crack down on any such illegal venues.

The Michigan Gaming Control Board and Michigan Department of Attorney General work closely to investigate and eliminate gambling enterprises operating outside of Michigan law.

In other Michigan-related news, Design Works Gaming just partnered with Caesars Entertainment in the state.