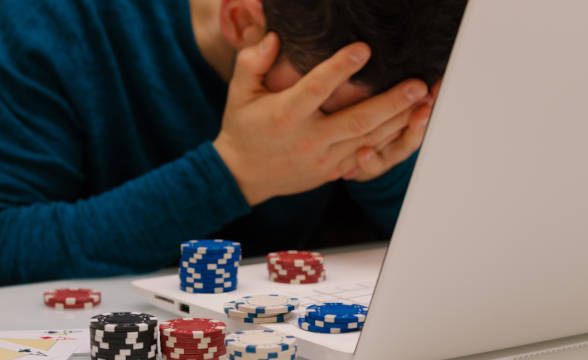 Last year in October, the Netherlands legalized its online gambling market. The country effectively implemented regulations for the activity that ensured player protection, proper licensing and issued licenses to 24 gambling operators to date. While the market has now been operating for more than a year, and a gambling-focused regulator continues to monitor the activities, former gamblers that lost money before the legalization are now seeking to have money back from gambling operators, a new report reveals.

Now, a new report released by Volkskrant reveals that nearly 100 ex-gamblers are demanding to receive money that they lost to online gambling. The victims contacted lawyer Benzi Loonstein for support after being impacted by the losses which for some were in hundreds of thousands of euros. According to the lawyer, most of the people that contacted him were “young and vulnerable.”

After participating in online gambling, before the activity was legalized, some of the affected lost their homes or jobs, while others destroyed their relationships and piled up debt. While the gamblers decided to participate voluntarily, Loonstein explained that many of them were pushed further into gambling by receiving gifts, bonuses or other offers from the gambling operators. Those methods helped push even people who occasionally enjoyed gaming into losing thousands.

It is unclear whether any of the operators that offered their services to Dutch customers before the legalization of the online gambling market had methods to control losses or prevent gambling harm. Currently, under the existing regulations in the Netherlands, licensed operators must adhere to responsible gambling practices and prevent gambling harm by identifying signs of problem gambling.

Likely, this wasn’t the case before the legalization of the market, Loonstein reveals. The recent report told the story of one person that lost all his savings to gambling. They started with a single €100 ($106) bet, but in the end, lost more than €150,000 ($158,600) for only a year and a half. This same customer revealed that they were assigned a VIP manager that was constantly in contact with them, further fueling their spending.

This was only one of the people that contacted Loonstein and is now demanding to receive their money back from gambling companies. Those legal efforts do not come as a surprise, as gamblers in other countries such as Austria and Germany have already won cases after filing similar legal challenges involving the offering of illegal gambling services.